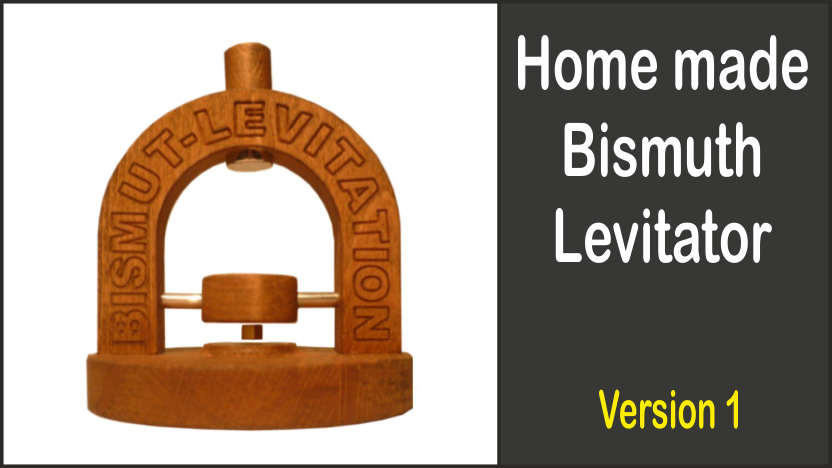 Some time ago I came across the principle of a Bismuth Levitator and of course I was immediately enthusiastic. Of course, I wanted to build my own levitator. As far as I know it is the only way to let an object levitate permanently without putting energy into it in form of electricity, cooling, etc.

The following video shows the entire construction in fast forward, and the bismuth levitator "in operation":

Diamagnetic Levitation with Bismuth: construction of the levitator in time lapse
If you click here to watch this video, data will be sent to Google / Youtube. 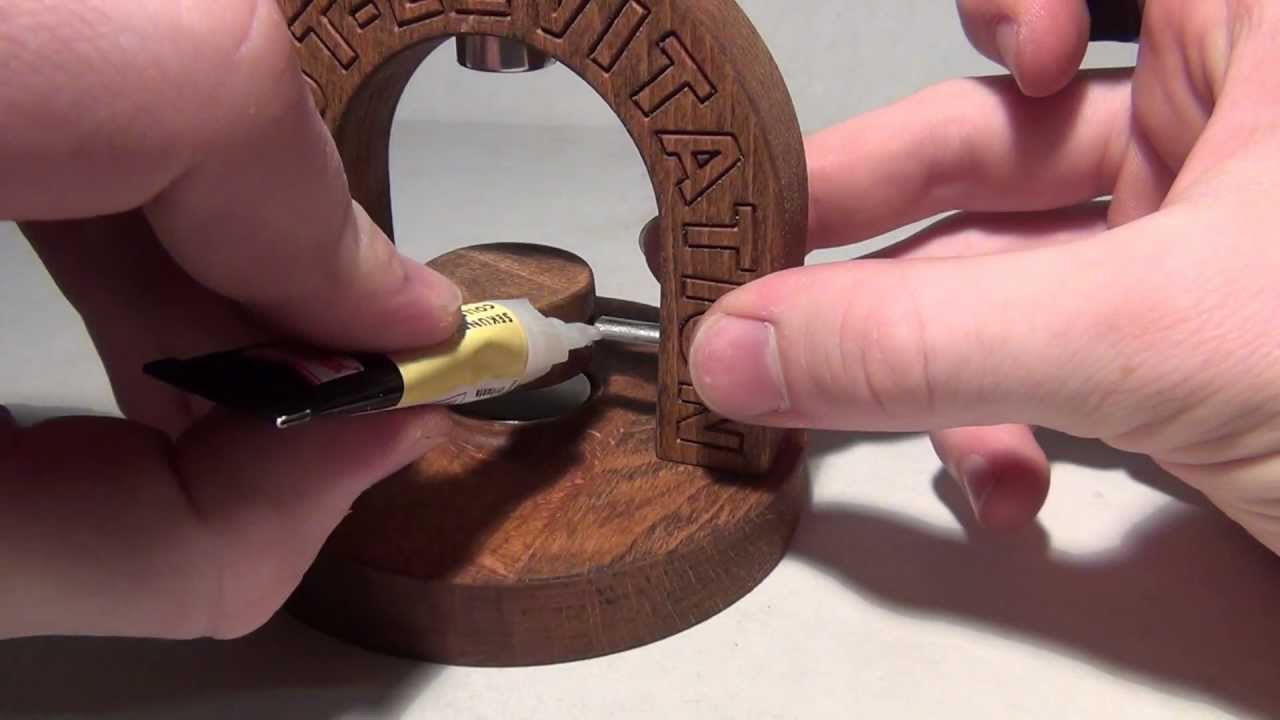 If you play with magnets, then you realize pretty fast that it is simply not possible to create a permanent state of levitation with permanent magnets. In 1842, Samuel Earnshaw proved that a static magnetic or electric field can't hold some objects in a stable equilibrium (→ see Earnshaw's theorem).

But how can we still bring a magnet to levitate?

The basic construction must look as follows: 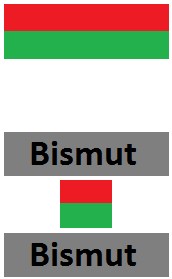 Before you can start building, you have to think about the construction. In addition I have created the bismuth levitator in CAD.

Manufacturing of the bismuth plates

First, the purchased bismuth was heated in a metal bowl with a Bunsen burner. The result was this plate: 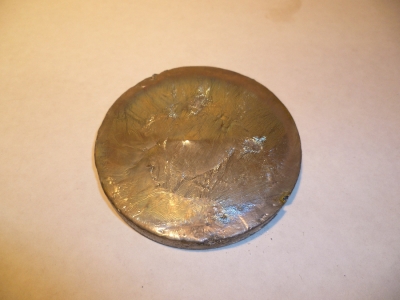 Then I milled with my CNC milling machine two small plates out of the large bismuth plate and then I grinded and polished them: 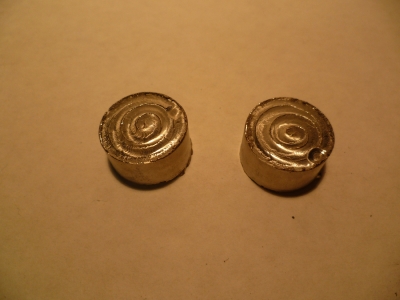 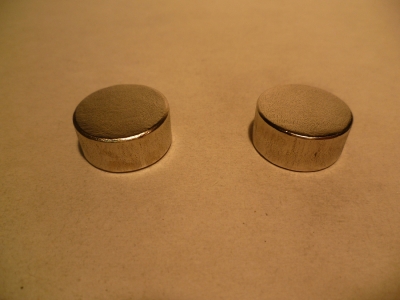 Manufacturing of the magnet holder

To vary the position of the upper magnet, I glued the neodymium magnet to a thread which is from a banana jack. The magnet has a holding force of 6.7 kg, a diameter of 15 mm and a height of 8 mm. 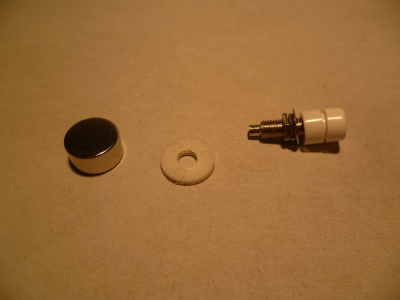 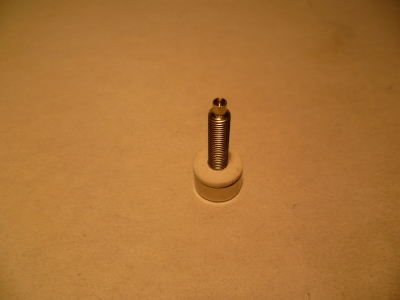 All other necessary parts were machined from a 18 mm thick wooden board and the bow was subsequently labeled with the CNC milling machine.

The following parts had to be milled: 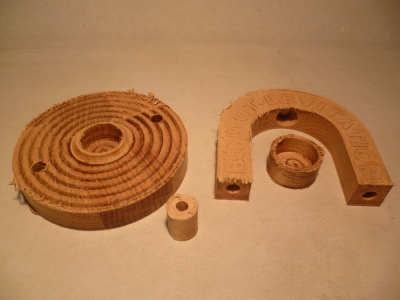 Here you can download the G-code for milling the bow in PDF format: G-Code: Bow [German]

Here you can download the G-code for labelling the bow in PDF format: G-Code: Bow label [German]

Here I have to mention that the first letter is milled several times with this G-code because I clicked too many times on the letter in the software but that doesn't matter.

Grinding of the wood / painting

In this step, the milled and labeled wooden parts were grinded with sandpaper and then painted with a dark wood stain (color: teak). On the following picture the wood isn't painted. 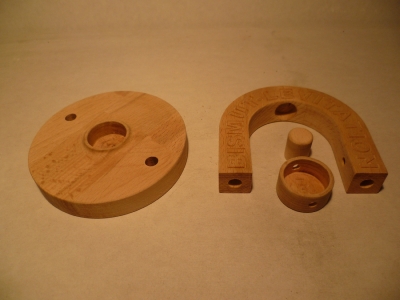 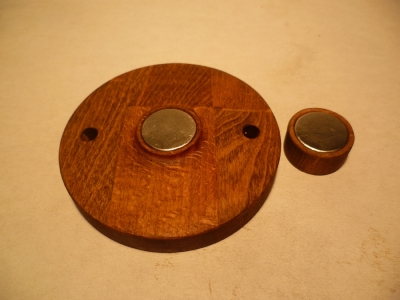 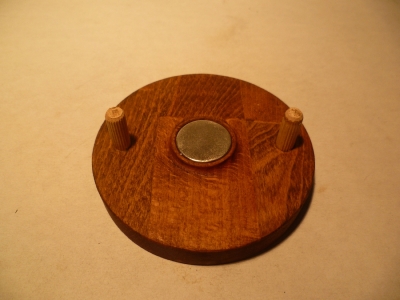 Then the bow was glued to the bottom plate and the nut from the magnet holder was glued in the central hole of the bow with 2-component glue. 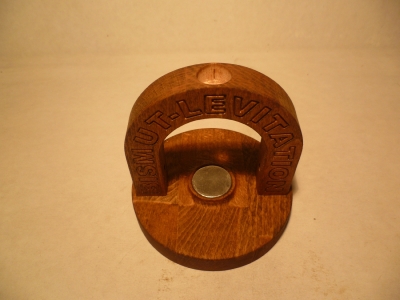 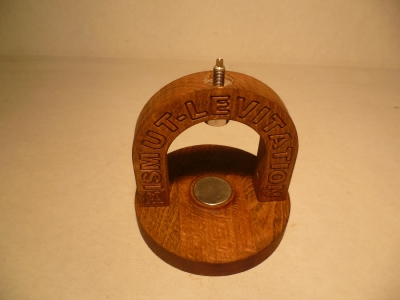 Finally, you can see the finished bismuth levitator: 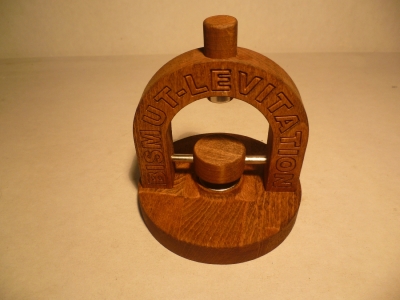 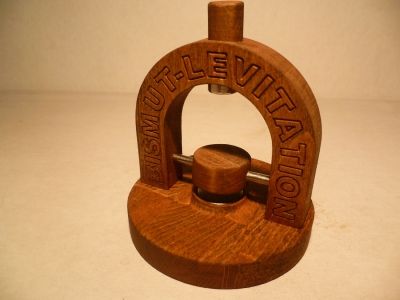 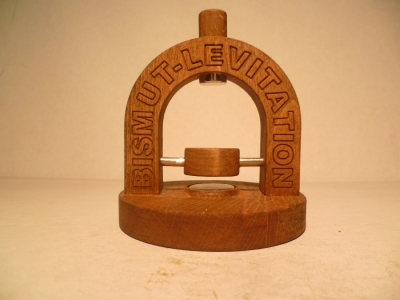 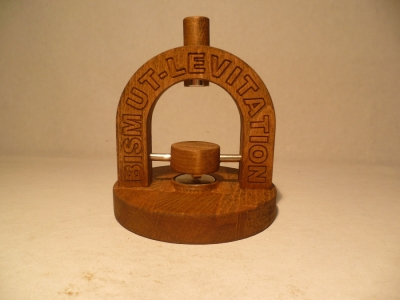 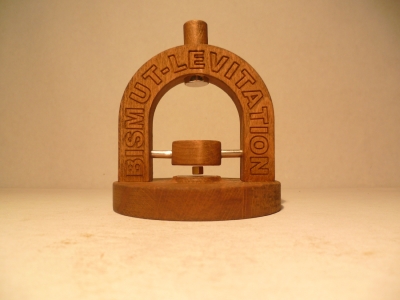 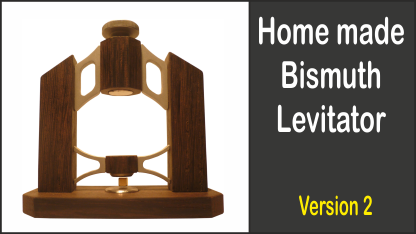 Since I did not really like the first version of my Bismuth Levitator, I designed and built a new version of it.